In Uganda and America: Words Matter 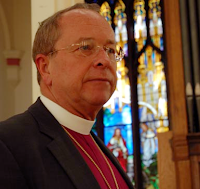 Words can inspire good, and they can incite hatred. We’re seeing a lot of the latter lately, and it’s getting dangerous. Even deadly.

Last week, one of the only gay activists willing to speak out about gay rights in Uganda was bludgeoned to death with a hammer that fractured his skull. The authorities say it was a likely robbery. But David Kato’s image had recently appeared in a daily Ugandan newspaper with the headline “Hang Them.” His murder, regardless of its true nature, has sent palpable fear through the gay, lesbian, bisexual and trans-gender community and their friends, colleagues and families. Because in Uganda, not only might you be murdered for being gay, there is formal legislation that may soon go for a vote before Parliament that would make being a gay “repeat offender,” punishable by death. For others – life imprisonment. It proposes extradition for all LGBT Ugandans living overseas, and prison sentences for those who don’t turn in their gay friends, colleagues, and even family members.

So what does this have to do with America — a continent away?

An array of conservative American Christians have taken it upon themselves to “educate” those in Africa about the evils evils> of homosexuality. Appearances throughout Uganda and even before the national legislative body, by people claiming to be scientists, warning about threats to their children from homosexual predators, and calling acceptance of homosexual people a Western plot to undermine the families of Uganda, had their effect.

But it is a member of “The Family” itself who used this extremist propaganda to create the Anti-Homosexuality Bill of 2009, bill: Uganda Member of Parliament David David> Bahati. “The Family” is the secretive group that organizes the highly influential National Prayer

Breakfast that is being held this Thursday morning in Washington, DC. Among the most terrifying of the statements in the bill Bahati introduced is this line: “A person who commits the offence of aggravated homosexuality shall be liable on conviction to suffer death.” (photo left, David Kato)

Words do matter. While American conservative Christians feign shock that their words would lead to such draconian laws it’s not nearly enough when their influence means that every moment of every day, members of Uganda’s LGBT community fear for their lives. Why, they had intended no such awful thing!

In southern California, when someone is careless with a campfire, which then gets out of control and burns thousands of acres of land and countless homes, they are held accountable. Just because you didn’t intend to burn down trees and homes doesn’t mean you are not responsible for its happening. We hold them accountable for the very real damage that they’ve done, whether or not they intended that damage.

Similarly, words matter, because they can be as combustible as a match in dry underbrush. Incendiary words, whether spoken on TV, or in a town meeting, or halfway across the world, can incite hatred and even violence. When that violence occurs, it’s not good enough for those who have incited it to claim no responsibility, because they never intended it. They need to be held accountable.

I know whereof I speak. I have been the target of such incendiary criticism. Dehumanizing someone – in my case someone who is gay — is the first step in making it acceptable to “take them down.” When Anglican archbishops called me and people like me “lower than the dogs” and asserted that when I was consecrated a bishop, “Satan entered the Church,” it gives the crazies all the reason they need to take this to a violent level. I required full time security in 2003, and wore a bulletproof vest for my consecration. A year ago, state police arrested a man on his way to kill me – with Mapquest maps to my house, pictures from the Internet (across which the man had scrawled “Save the Church! Kill the Bishop!”), and a sawed-off shotgun and ammo sitting next to him in the passenger seat. These are not idle threats. Incendiary language has real ramifications, giving such imbalanced people the notion that such actions are warranted and acceptable.

So as a bishop in the Episcopalian Church who has been attacked for being openly gay, and as someone who has friends and colleagues in Uganda, I call on the National Prayer Breakfast organizers, as an act of good faith at this Thursday’s Breakfast, to lead their roomful of influential politicians, religious leaders, and dignitaries in a prayer of compassion and concern for the family, friends and colleagues of David Kato, and pray for their protection from further harm.

People need to be held accountable for their words when their rhetoric incites people to go a dangerous step beyond verbal hyperbole. If you spread the sparks of dehumanization and hatred, then you have to own the wildfire you have had a part in causing — in word, and let’s pray, in deed.

——————
The Rt. Rev. V. Gene Robinson was invested as the IX Bishop of New Hampshire in 2004. He is a Senior Fellow at the Center for American Progress, and in 2009 gave the invocation at the opening of the Presidential Inauguration ceremonies at the Lincoln Memorial, upon invitation by President-Elect Barack Obama.

He has recently joined with leaders at Auburn Theological Seminary who are gathering faith leaders committed to justice nationwide, across region, religion, demographic and issue, to represent the majority and stand with all those whom religious extremists shun in the name of faith.