The Disease of Homophobia

Hopefully some day coming out won’t be such a big deal and won’t be news–or do we gay (LGBT people) secretly like the rush of notoriety, the fuss, the ‘news worthy’ event, by appearing to win one more to our club, gaining over the homophobes and discovering the inside thrill of breaking into freedom.

In Iraq or Palestine coming out will get you killed. But in the West it would appear that it’s no big deal.

So why the headlines when an entertainer or movie star comes out: singer Ricky Martin and actress Cynthia Nixon (photo below left) recently announced publicly they are gay. Big deal or not?

Greg Louganis, Matthew Mitcham (photo right) are famous athletes who came out, not with a 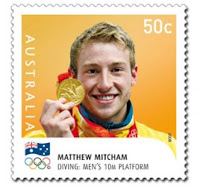 bang but with whispers and gossip, not willing but not unwilling. Others were infamously outed in the press with some fanfare and scandal: “did you hear about Ted Haggard!?”

The Wall Street Journal considers coming out as noteworthy news: When Your Teenager Says She’s Gay.

Coming out, regardless how it’s done, willing or unwilling, is a kind of rebirth from fear and hiding into truth and honesty. It’s a gay version of a bar/bat mitzvah going from child to adult; a step away from shame toward integrity. Even Haggard can be more honest—even while trying to affirm his “heterosexual side.”

Coming out is no small event; it’s a major rite of passage to declare oneself different from one’s family tradition, from hetero society, from religious conservancy. The world shifts for a person when they come out. There’s no going back to ‘normal’. The cut is made and can’t be undone. It’s an irreversible stage of growing up, from victim to victor.

But unlike other natural changes (voice change, crevice hair, height growth, sexual awareness) this one takes courage to embrace in most cases because of toxic social homophobia that muddles nearly all cultures with a historic pale of forbidding and cursing from long-ago, mostly based on vague religious origins that fundamentalists
now take as ‘gospel truth’.

Such blind belief, buried in mystery and codified into sanctimonious absolutes and legal codes–without close examination of the validity of the sources–is another wonder of human nature: to believe that myth is truth, that fiction is fact, that sexual varieties don’t exist, that women are less; that Jesus, Muhammad and Buddha had direct links to the Divine. All are myths solidified by habitual unquestioned retelling and surrounded by officious systems. 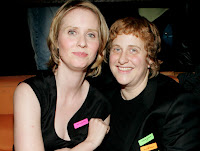 Human sexuality is probably one of humanity’s most mysterious and fearful forces because it exposes in overt behavior the deepest covert feelings and hidden urges of an individual. Sex reveals secrets. Observe the numerous fundamentalist male preachers who are caught with their pants down with an escort. Observe the Catholic priests imposing sexual pleasure on under-age parishioners. (photo left Cynthia Nixon with fiancee Christine Marinoni)

And it’s not just the church folks who protest too much. Homosexuality is being portrayed as a disease by notable people featured in this week’s tabloids. Anti-gay Christian activist George Rekers who has been ‘involved’ with a younger man is vehemently denying such charges: “I will fight these false reports
because I have not engaged in any homosexual behavior whatsoever. I am not gay and never have been…” (He should bite more than dust for his hypocrisy and also should be pitied for the soulful anguish his internal homophobia is causing him to suffer.)

Such use of sexual orientation as a weapon of hostility and derogatory slander are pathetic in their shallowness and ignorance. It’s like trying to degrade a person for having freckles. Ridiculous.

Sexual desire trumps just about everything—wealth, religion, race, fame, power. Where are these predators coming from in their deep souls to fabricate such facades or auras of lies about their essential craven truth? Hiding sexual desire behind the mask of religious garb is a most shameful form of toxic internal homophobia. (Hate who you are but don’t hate others by victimizing them.)

Coming out would ‘cure’ the abuse and hypocrisy of closeted clerical cravings. Something like ‘the truth will set you free’. What do we lose by coming out? We lose a lie, a false identity, an ill-fitting mask of conformity. 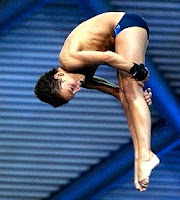 In these modern times, we are seeing that the great trauma is less about revealing who we really are and more about the disease of social homophobia. We are highly social creatures and sometimes that’s not a good thing; society can kill gays, spiritually and physically. (See also how homophobic-tinged (“Hey, Speedo-boy…!”) bullying drove UK Olympic diver Tom Daley to quit his school.) (photo right)

Another aphorism underlies the integrity of coming out: to thine own self be true…and it follows thou canst not be false to any man. No need to lie; how good does that feel!