Opera at the Gym 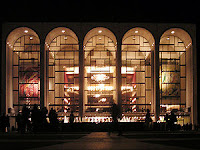 I joined a 24-hour Fitness gym last year. I thought I was buying into an exercise venue. That it is, complete with a 5-lane pool which I use almost everyday.

But what they didn’t tell me when I put up my cash is that the fitness center and equipment also came with a built-in concert hall, a rock n’ roll pop-rock concert hall thanks to surround-sound speakers all over the place including in the bathrooms.

Pop is “commercially recorded music, often oriented towards a youth market, usually consisting of relatively short and simple love songs and utilizing technological innovations to produce new variations on existing themes.” It’s awful. The lyrics are immature, simple-minded, shallow and the music is repetitious, hyper-rhythmic-dance-beat, generic and boring. Need I say more to make the point?

Any effort to get the volume turned down is usually met with a incredulous expression by staff who invariably say “people like this.” According to what poll, I ask in vain. 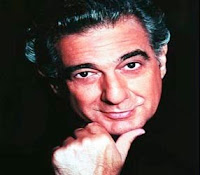 Obviously up against a cultural brick wall (more like a rack of torture) I had the choice to quit the gym–all gyms, since they all play this stuff–or not use the heavy metal/machines and only swim, where the sound is the caress of bubbling water. Or take the route of most other gym bunnies: wear an MP3 player or iPod with earbuds, which don’t really remove the pop-rock music but rather add a layer of chosen music or podcasts. What cacophony that is, but most of “the people” seem immune to noise in their heads.

As it happened, in the midst of this dilemma I accidentally bought an iPad (I wasn’t really shopping) and soon added Bose headphones that, together, created a fine concert hall around my head. But I can’t carry my iPad around the gym so I plugged the headphones into my small Sony Walkman SRF-M37W Personal radio (with belt clip) and, thanks to the remarkable sound-reduction ability of the Bose headset, I could listen to my local classical radio station, KUSC from Los Angeles. About 85% of the pop-rock was shoved off the sound stage allowing Mozart, Bach, Strauss and Brahms to accompany my workouts. Lovely.

In addition to the everyday symphonies, concertos and chamber music, today happened to be in the middle of the phenomenon known as ‘The Ring Cycle’ (The Ring of the Nibelung), the most famous (or infamous if you’re into pop-rock) set of four operas (each one lasting 4 hours) composed by the quirky but brilliant Richard Wagner (‘Vagner’ for those ignorant of German) (photo left) composed in the late 19th century. and sung today by a world class cast headed by the eternal tenor Placido Domingo (photo above right).

Despite some lethargic solos and slow sung dialogue the music soared at other times to be chilling and rapturous. I felt I was there in my Bose space capsule listening to the rich complexity of the finest of romantic opera. (photo top, Metropolitan Opera House)

Yet here I was among the hard metal and rocking’ gym in an anonymous stucco building in southern California, not far from Home Depot, Wal-Mart and Costco–contemporary ‘culture’–transported by the Los Angeles Opera orchestra and world renown singers (and KUSC tech staff) to a cultural world far away; from the vulgar mundane to the exquisite sublime. Do I exaggerate? Perhaps.

But one thing’s for sure; I was probably (hopefully not) the only gym-bunny in California (the world?) in the middle of a carnal 24-Hour Fitness center being swept up into the exalted majesty of great art by a live opera broadcast of Wagner’s ‘Die Walkure‘, a fantasy piece about gods and mortals. It was hard to keep my mind on my workout, not that I cared, not that I wanted to.