Homophobia Does Kill---Here and Now It Kills

Eight recent gay suicides and four from recent years are tragic and shameful wounds on our culture where public homophobia is still legal with no national legislation to outlaw such hate speech and action–including school bullying and harassment. Public homophobia (in religions, politics, schools, corporations, sports, military, boy scouts, etc.) has a strong influence on vulnerable gay (LGBT) youth who get the message that gay is bad which leads some to reject and harm themselves (homophobia turned inward) The results are seen here in these in these profoundly sad stories: 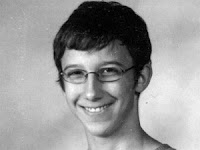 alleges that the quiet but likable boy, who was involved in theater and music, was called ‘gay,’ ‘fag,’ ‘queer’ and ‘homo’ and often in front of his teachers. Most of the harassment took place in math class and the teacher — an athletic coach — was accused of failing to protect the boy.” The Mohats also claim that bullying was a “significant factor” in the deaths of three other students in Eric Mohat’s class in 2007. Mentor high school officials confirmed that a girl and two other boys in Eric’s class had killed themselves in 2007 due to bullying.
http://health.blogs.foxnews.com/tag/eric-mohat/
http://abcnews.go.com/Health/MindMoodNews/story?id=7228335 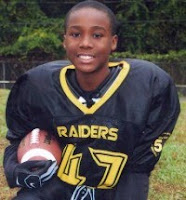 after enduring bullying at school, including daily taunts of being gay, despite his mother’s weekly pleas to the school to address the problem. This is at least the fourth suicide of a middle-school aged child linked to bullying this year.Carl, a junior at New Leadership Charter School in Springfield who did not identify as gay, would have turned 12 on April 17, the same day hundreds of thousands of students will participate in the 13th annual National Day of Silence. by taking some form of a vow of silence to bring attention to anti-LGBT (lesbian, gay, bisexual and transgender) bullying and harassment at school.
Other three known cases of suicide among middle-school students took place in Chatham, Evanston and Chicago, Ill., in the month of February, 2009.
http://www.glsen.org/cgi-bin/iowa/all/news/record/2400.html
http://jeffwinbush.com/2010/04/06/carl-joseph-walker-hoover-bullied-to-death-by-accusations-he-was-gay/

———-
11-year-old Jaheem Herrera from Georgia, April 16, 2009:
The recent ‘bullycide’ deaths of Eric Mohat and Carl Walker-Hoover certainly weren’t the first, and won’t likely be the last, but I didn’t expect to read this story about Jaheem Herrera,

which is similar in almost every aspect to Walker-Hoover’s, just one week later. And like Walker-Hoover’s, it includes a school tone-deaf to a mother’s concerns, the Atlanta Journal Constitution reports: “On Thursday afternoon, after returning home from Dunaire Elementary School, Jaheem quietly went into his room and hanged himself…” Jaheem was bullied relentlessly, his family said. They knew the boy was a target, but until his death they didn’t understand the scope.
http://www.towleroad.com/2009/04/another-11yearold-commits-suicide-over-antigay-bullying.html
http://www.psychologytoday.com/blog/the-psychological-solution-bullying/200908/who-really-killed-11-year-old-jaheem-herrera 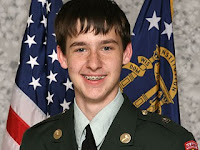 A family wants answers after they say bullying lead to their son’s death. Seventeen year old Tyler Long committed suicide last month.
“He was my best friend, my role model, I looked to him for advice,” Troy Long, Tyler’s fourteen-year-old brother, says. He says his older brother meant the world to his family. In sixth grade Tyler was diagnosed with Asperger’s Syndrome – a form of autism that creates social disorder, but Tyler still managed to enjoy sports, video games, and his family.
“When Tyler smiled he just had that look like he was the best man around,” Teryn Long, Tyler’s sister, says. But that smile died on October 17.
“I felt shocked, disbelief, it was like a part of me had vanished,” Troy says.
“I got out of bed and I went in Tyler’s room where David was and I saw him hanging there and I knew he had had enough,” Tina Long, Troy’s mother, says.
http://www.newschannel9.com/articles/tyler-986458-says-family.html
http://abcnews.go.com/2020/TheLaw/school-bullying-epidemic-turning-deadly/story?id=11880841

Nine Massachusetts teens were indicted Monday for driving a pretty 15-year-old “new girl” from Ireland to suicide in a case that has become a symbol of high school bullying.The sweeping charges – which come after months of complaints that the bullies weren’t being punished – include statutory rape, violation of civil rights with bodily injury, criminal harassment and stalking.Phoebe Prince, a new arrival at South Hadley High School from a tiny seaside hamlet in County Clare, was mercilessly tormented by a cadre of classmates later dubbed the “Mean Girls” by Massachusetts newspapers.”The investigation revealed relentless activity directed toward Phoebe designed to humiliate her and to make it impossible for her to remain at school,” District Attorney Elizabeth Scheibel said.”The bullying, for her, became intolerable.”
http://www.nydailynews.com/news/national/2010/03/29/2010-03-29_phoebe_prince_south_hadley_high_schools_new_girl_driven_to_suicide_by_teenage_cy.html
————–
“Justin Aaberg came out as gay when he was 13 and, as his mom found out only after he hanged himself, suffered tremendously inside.

‘I actually thought he had the perfect life. I thought out of anybody I knew that he had the perfect life,’ said Justin Aaberg’s mother, Tammy Aaberg. ‘But I guess he didn’t think so.’ In the weeks since she found her son dead in his room on July 9, Tammy Aaberg has heard from many of her son’s friends at Anoka High School. They told her Justin Aaberg had been bullied and had recently broken up with his boyfriend. Those same students also opened up about their own experiences, telling her they feel harassed and unsafe as gay and lesbian students. ‘These kids, they just hate themselves. They literally feel like they want to die. So many kids are telling me this,’ said Tammy Aaberg, fighting tears.”
http://minnesotaindependent.com/64978/wcco-mother-justin-aaberg-lgbt-bullying-anoka-hennepin
http://minnesotaindependent.com/64047/anti-gay-group-organizes-in-anoka-schools-as-community-deals-with-gay-suicides

————–
15-year-old Billy Lucas from Indiana, September 9, 2010:
Billy Lucas, a 15-year-old freshman at Greensburg High School in Indiana, hung himself on 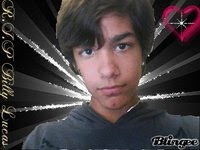 Thursday after enduring bullying torment from his peers — just a few weeks into the school year. His mother found her son, hanging, in their barn. On Billy’s Facebook web memorial, he’s remembered with comments like, “Everyone made fun of him.” At least one former student says he made administrators aware of his own LGBT bullying, and they did nothing.
http://www.towleroad.com/2010/09/indiana-teen-commits-suicide-after-anti-gay-bullying-at-school.html
http://www.facebook.com/pages/Billy-Lucas-Memorial/125181990865723

who took his own life last week after being bullied for being gay. Seth, a student at Jacobsen Middle School in Tehachapi was found unconscious and not breathing on Sept. 19 after he apparently tried to hang himself from a tree in his backyard, according to a police report. Friends said that Seth had been picked on for years because he was gay.
http://www.turnto23.com/news/25249735/detail.html
http://www.huffingtonpost.com/jennifer-lehr/for-asher-brown-seth-wals_b_746307.html

————–
18-year-old Tyler Clementi of New Jersey, September 22, 2010:
The suicide of a first-year university student in the United States has shocked observers and raised more questions about cyber-bullying. 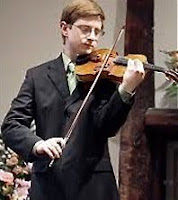 Students at Rutgers University in New Jersey have been mourning Tyler Clementi‘s death, which happened September 22 but only became public this week. It is alleged the 18-year-old’s roommate Dharun Ravi secretly filmed him kissing another boy and then broadcast the video on the internet… Just as the murder of Matthew Shepard galvanized the gay community around hate-crime legislation more than a decade ago, the suicide of a Rutgers University student whose sex life was splashed on the Internet has activists rallying around their latest cause: telling tormented gay teens they just need to hang on for a while, that they’ll live through it. Bullying and harassment of young gays and lesbians, and the suicides they have caused, have long been a major topic in gay publications and among activists. But celebrities and others have seized on Tyler Clementi’s shocking suicide to call attention to the issue.
http://abcnews.go.com/US/rutgers-campus-mourns-loss-18-year-tyler-tyler/story?id=11782324
http://voices.washingtonpost.com/blog-post/2010/10/gay_suicide_dan_savage_ellen_d.html

He shot himself in the head after enduring what his mother and stepfather say was constant harassment from four other students at Hamilton Middle School in the Cypress-Fairbanks Independent School District.
Brown, his family said, was “bullied to death” — picked on for his small size, his religion and because he did not wear designer clothes and shoes. Kids also accused him of being gay, some of them performing mock gay acts on him in his physical education class, his mother and stepfather said. Asher’s parents said they had complained about the bullying to Hamilton Middle School officials during the past 18 months, but claimed their concerns fell on deaf ears.
http://www.chron.com/disp/story.mpl/metropolitan/7220896.html
http://www.huffingtonpost.com/jennifer-lehr/for-asher-brown-seth-wals_b_746307.html

University in Providence, Rhode Island, hung himself. The gay group Campus Pride sent out a statement about Chase’s death: “The loss of Raymond this week is the second college LGBT-related suicide in a week and the fifth teenage LGBT suicide in three weeks. The suicide of this openly gay young man is for reasons currently unknown; however, the recent pattern of LGBT youth suicides is cause for grave concern,” remarked the group’s executive director, Shane Windmeyer.
http://www.huffingtonpost.com/2010/10/01/raymond-chase-suicide_n_746989.html
http://www.prnewswire.com/news-releases/tonight-national-moment-of-silence-for-the-5-youth-who-recently-died-by-suicide-104163098.html

—————-
19-year-old Zach Harrington from Norman. Oklahoma, October 9, 2010:A 19-year-old gay man from Oklahoma has taken his own life, and his parents say a hate-filled recent City Council meeting he attended may have driven him over the edge. 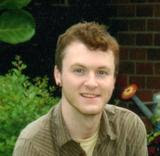 Zach Harrington was a talented musician who’d endured years of struggles due to his sexual orientation in high school in conservative Norman, Okla. On Sept. 28, Harrington attended a three-hour public hearing on a proposal to declare October gay history month in the city. Although the council ultimately approved the proposal, Harrington’s parents described the meeting as potentially “toxic” for their son, a private person who internalized his feelings.
http://www.tulsaworld.com/news/article.aspx?subjectid=12&articleid=20101010_12_0_NORMAN920113
http://www.towleroad.com/2010/10/gay-teen-in-oklahoma-takes-his-own-life.html

————-
Last week, columnist and adviser Dan Savage and his husband, Terry, sat down before a camera and talked about their experience with bullying and how good their life became once they left school. “We wanted to show them that happiness was possible in the future,” Savage said in a phone interview. He asked people to submit similar videos to a YouTube channel, It Gets Better. More than 200 videos have been uploaded to the site. “It’s not a solution; it’s not a magic curative,” Savage said, but it is a small step to counteract the bullying, to give the teenagers an idea that they are not going through this alone. http://www.youtube.com/watch?v=7IcVyvg2Qlo&feature=player_embedded#!

Support and other resources for gay young people:
The Trevor Project Hotline: http://www.thetrevorproject.org/ 866-488-7386