A Homophobia-Free Zone in Copenhagen

A recent extended stay in Copenhagen allowed me

to explore with some depth this pretty, efficient and tolerant city on the north coast of Europe. Denmark is a highly gay-tolerant country compared to most others in the world, with more than two dozen LGBT (gay) venues, organizations and festivals throughout the cites and the year. For a population of only five million, that’s a lot of LGBT energy in one small country.

Yet, as well and not surprising, is the degree of homophobia and dislike of gay society among some members of the broader population across the land, despite protective anti-discrimination legislation at the federal level. Denmark is not a highly religious country but there are clearly a lot of Lutheran steeples across the land and historically the protestants have not liked us any more than the Catholics or Jews or Muslims.

Prejudices are handed down in families and cultures for decades even if diluted over each successive generation. Homophobia is generally diluted in Denmark but still discernible and occasionally rears its ugly such as in a 2009 book by a well-known Danish-Polish football (soccer player) in which he says “…I cannot sit down with someone who is gay. To see them kiss each other. It is so disgusting. I’ve never met a gay in a football team. It is not possible.” 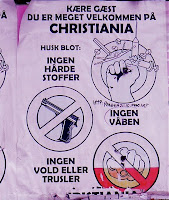 Not surprisingly, after the publication of the book the player was fired from the team. It is not uncommon for certain immigrants (clearly not all) from eastern Europe or from Islamic countries to bring their anti-gay attitudes when they emigrate to Denmark. Such opinions are usually kept behind closed doors but now and then–when drunk or in an aroused social state (in groups)–they break out into public voice or action.

But mostly such disdain is governed by legal and political restrictions against homophobic discrimination. And most LGBT citizens do not wave flags from their windows or hold Pride festivals in the suburbs or small towns. It’s a quiet and acceptable arrangement given that long-standing prejudices against sexual minorities do not dissolve easily.

Although homosexuality was legalized in 1933, it was not until 1977 that the age of consent was equalized (age 15) for gay and straight citizens. In June 2006, a majority in Folketinget voted for abolishing a law that since 1997 had banned lesbians from insemination. Allowing same-sex couples to jointly apply for adoption was only approved in parliament as recently as May 2010.

Good as these measures were, the point is that as recently as 2010 there were still some barriers and resistance to full and equal rights for LGBT citizens in Denmark. Residual homophobes opposed the notion of homosexuals as complete and equal citizens. Sexual prejudices die hard even in open-minded cultures.

But in Copenhagen there is an fine exception to such overt and covert homophobia–Christiana Freetown Village.

Chistiania is an 81-acre city within a city that was founded in 1971 by ‘alternative’ people–hippies and others seeking a freer lifestyle and a place to live. They invaded and took over an unused military compound against much government resistance. It’s been a forty year off-and-on struggle to keep the authorities at bay, sometimes losing, but ultimately winning the right to stay and organize their version of communal living.

Among these thousand souls who inhabit Christiania today are a small population of LGBT Christianites who have made a gay ‘house’ for their community; it’s called Bossehuset (gay house).

Gay house is a large interior space in one of the many brick warehouse-style buildings of Christiania. A purpose space for gay, lesbian, bisexual and transgender persons for cultural events, theater performances, exhibitions, recreational activities and celebrations–dancing, singing, music or drag shows. The ongoing activities of gay house are managed by ‘Monday Meeting’ which takes place every Monday to approve, plan and organize all activities in the ‘house’. (See photo gallery)

The photo left shows the entry door with its hand painted rainbow in the usual graffiti style common to the village. The words say there is a bar and lounge inside, accompanied by a little cartoon of an over-dressed person, hinting at the occasional high drag shows in the house.

The organization is communal. The look is typical of Christiania. The attitude is cooperative and respectful. But what’s qualitatively different here, inside the village, is the absence of homophobic thought and action. There is no discrimination, no covert disregard for gay villagers, none of the usual sub-text of disdain for variant sexual orientations that’s present in the larger Danish population.

Christiania is not a majority-rule, religion-infused, hierarchical heterosexist society where sectarian dogma and beliefs make some people ‘normal’ and other abnormal. It is not governed by ‘traditional family values’. A resident who is prejudiced against the LGBT

community will not last long here; such thinking usually carries other prejudices that are toxic to the spirit of cooperation in the village. So homophobes need not bother to apply to live here.

The place is intended to be a village of positive egalitarian opportunity,

a place of color and respect. A homophobia-free zone in Copenhagen.

It was an instructive visit to Copenhagen. And we stayed there for free. Find out how.

See other stories about gay Denmark.